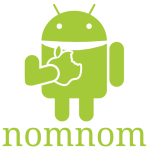 I tweeted this and got some questions. What I meant was:

In 1985, Microsoft was beginning a 2-decade trouncing of Apple. The reason for the drubbing was that Microsoft made its OS work on standard hardware designs (that many manufacturers could build) while Apple only worked on Apple hardware. No matter how good Apple is at hardware, they can never produce the myriad products the public will demand, and competition in hardware produces innovation and better products. Apple made a great iPod, and that device has evolved into the great iPhone and iPad, but it is destined to fail in the competitive long-run because Apple still does not support phones or tablets other than the ones it makes, and Android does.

I included a link (http://tr.my/KTL)to some cool new tablet hardware soon to be released from Chinese manufacturers. To me, the first one, from CZC, looks a lot like the iPhone4, just announced (http://www.engadget.com/photos/iphone-4-press-shots)